Good morning! Daylight savings time might be right around the corner, but night-time visibility has always been a cyclist’s dilemma. One possible solution? Bike USB Rechargeable Lights, which I received for review from Uncommon Goods. 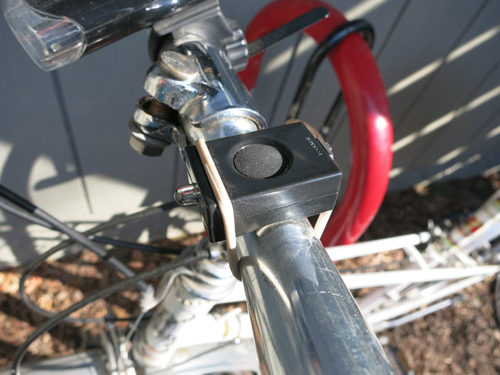 I have been impressed with these small, sturdy lights They come in sets of two: One front, in white, and one rear, in red. As shown in the photo above, they attach easily to your bike with an attached rubber band, not unlike other small bike lights such as Knog Lights. There is a groove in the top of the light so that the elastic band is held securely. These lights will not fall off your bike, but they’re easy to remove if you live in a city where bike light theft is a concern. 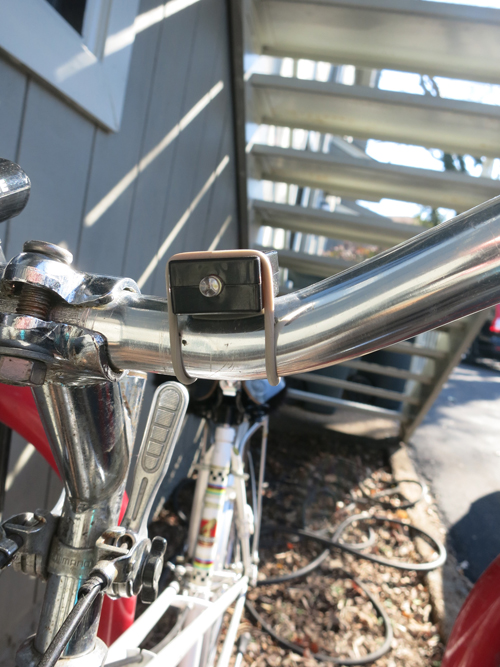 The bonus with these little lights? No new batteries: just plug the lights into your computer with any mini-USB cable to recharge. (Fellow NOOK owners: your charging cable is now multiuse.) According to the website, you can get 5 hours of use before needing to recharge—I’ve used the lights for at least 20 minutes a day for about 20 days and have not needed to recharge them, so they may actually last slightly longer. Attaining a full charge takes about 2 hours. 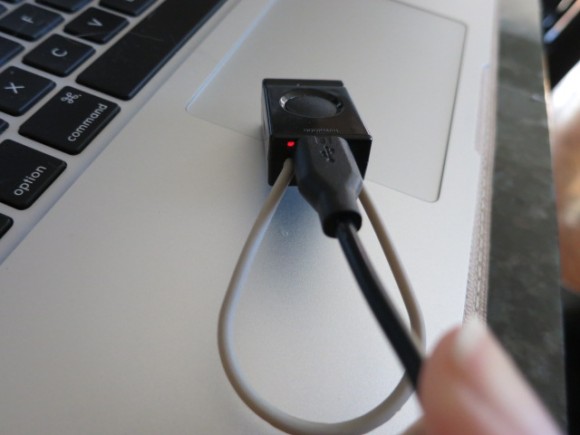 A red light indicates that the light is still charging.

Like most bike lights, these have a blinking mode as well as a steady mode. Just click the button on the top to toggle between modes and on/off. 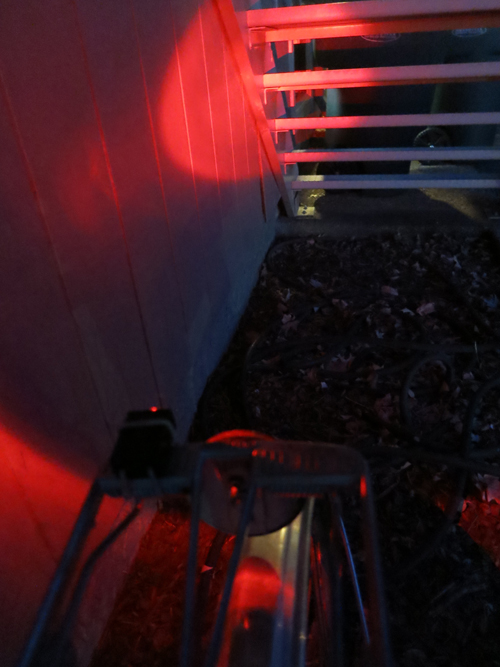 And the front light is bright enough to help you see rather than just be seen.  It rivals my CatEye. 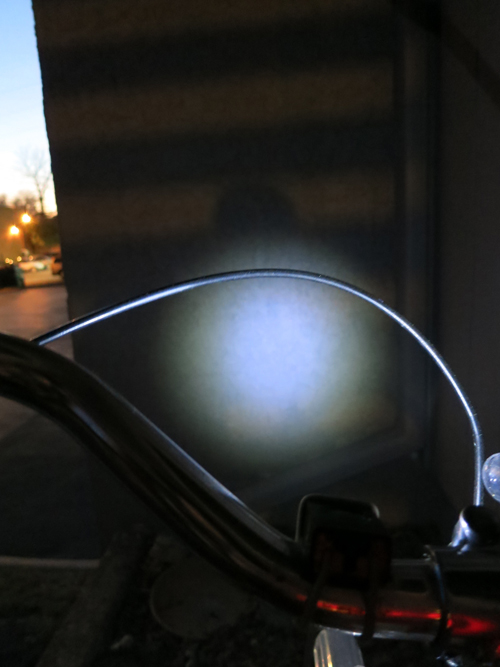 At $49 for the pair, these are a bit pricier than Knog, but the convenience of not needing to replace batteries just might be priceless. (Also, shhh, Uncommon Goods often has sales or coupon codes available.) The final verdict: Worth checking out if you need a little extra illumination!

{ These lights were provided by Uncommon Goods for review, but the opinions expressed are my own. }